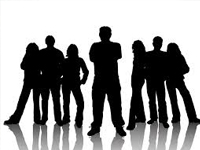 Here are some ideas for how other alumni groups engage young alums:

There are no posted events at this time. Please check back later.