Dr. Subra Suresh (BTME-77), a Distinguished Alumnus, will be inducted into the Institute of Medicine in recognition of his research into cell mechanics related to malaria, blood diseases and certain types of cancer. 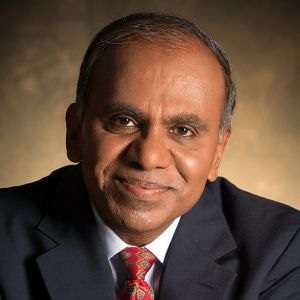 With this honor, Dr. Suresh, the most recent former Director of NSF (National Science Foundation, USA) and currently President, Carnegie Mellon University, has the unique distinction of being one of only 16 living Americans to be elected to all 3 national academies -- the IOM, National Academy of Sciences and National Academy of Engineering. He is the first CMU President and faculty member to hold membership in all three academies. He has also been elected a fellow or honorary member of all the major materials research societies in the United States and India. Dr. Suresh was awarded the Padma Shri honor by the Government of India in 2011.

Subra Suresh will be a key speaker at the Pan IIT Innovation Series: LEVERAGING UNIVERSITIES FOR INNOVATION, to be held in San Jose on Dec 5, 2014.

Dr. Subra Suresh delivers this lecture on "New Era Innovations in Global Science and Engineering" at his alma mater IIT Madras, and was the Chief Guest for the Alumni Day 2013, at IIT Madras and the 50th Convocation held on 19th July 2013.

There are no posted events at this time. Please check back later.